Do you know at what age you are most likely to have prostate cancer?

Who usually gets cancer of the prostate? 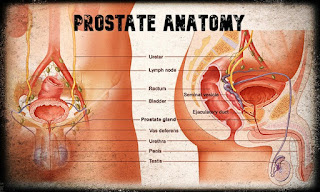 How can I protect myself against cancer of the prostate?

Studies suggest that environmental factors, such as diet and other aspects of lifestyle, play an important role in developing prostate cancer. Workplace exposure to cadmium may increase the risk of prostate cancer. The specific causes are still unclear. Early detection is essential. Every man over 40 should have a rectal exam as part of his regular yearly checkup in order to detect the disease at an early curable stage. 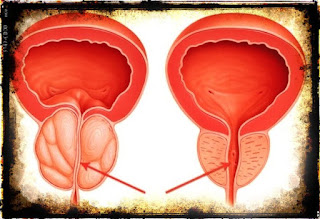 What is the prostate and what does it do?

The prostate, a gland a bit smaller than a golf ball, weighs about 3A ounce, is located at the base of the penis, just below the bladder and above the rectum. Physicians, in referring to the prostate, separate it into five lobes. The posterior lobe, the one which is felt when the doctor does a rectal exam, is the one which seems to be the most susceptible to cancer. Its main purpose is to secrete the fluid in which the sperm cells are ejaculated. Not all the gland's functions are fully understood, but it is sometimes possible to slow growth of the cancer through some variety of hormone therapy.

Are most prostate tumors cancerous?