Salivary gland tumors: How to treat, symptoms and after operation.

Where are the salivary glands?

The major salivary glands are in the sides of the face, in front of and slightly below the ears. These salivary glands are also known as parotid glands. The saliva gets from these glands to the mouth through parotid ducts, which open on the inner surfaces of the cheeks. There is also a pair of glands in the lower jaws (submandibular glands) and under the tongue (sublingual glands). The ducts from these glands open into the floor of the mouth underneath the tongue. 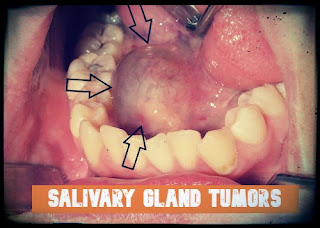 Where are tumors of the salivary glands found?

Tumors of the salivary glands are most often found in the parotid glands. Most often these tumors are not malignant. They are either on the outer surface of the parotid gland, which is near the ear, or in the inner surface, which is in the mouth. Benign parotid gland tumors are usually painless and slow growing. Malignant tumors ofthe parotid tend to grow rapidly. Sometimes a tumor seems to be benign for many years and then suddenly becomes malignant. Tumors of the parotid gland are relatively rare. Of those tumors that are found, 80 percent are benign. If a person has a lump in the neck which does not quickly disappear, or which grows, he should go to a doctor. A second opinion by a doctor specializing in head and neck surgery should also be sought.

What are the symptoms of cancer in the parotid gland?

Usually the most common complaint is the presence of a slowly growing lump in the cheek next to the ear. Sometimes there is a rather dull and indefinite but progressive pain and facial-nerve paralysis.

How does the doctor operate on the salivary-gland tumors?

He makes an incision running from in front of the ear to the neck. The doctor must be sure the incision is long enough to let him carefully separate the gland from the facial nerve so that the nerve is not cut. If the nerve is cut, distortion and paralysis of that side of the face may occur. Sometimes, such as when the tumor is malignant, the nerve must be cut. In many cases the treatment for cancer of the salivary glands is removal of the complete gland, the affected area around it, and sometimes the facial nerve. 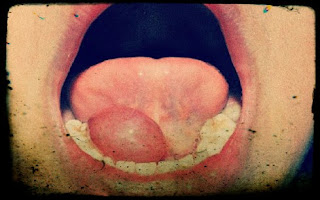 Is there a long recovery after an operation on the salivary glands?

The doctor will leave the drain in for a few days after the operation. You will probably be out of bed the day after that and home in a week or less. You may have to remain on a fluid diet for several days because it may be painful to chew solid foods, but after that you will have an unrestricted diet. Usually the scar heals in about 10 days, but you may experience some facial nerve paralysis which may last for several months.

Where are the incisions made in operations on the salivary glands?

The incision placement depends upon which glands the doctor is operating on. If it is a parotid gland operation, the incision is made in front of the ear and along the angle of the jaw. If it is the submaxillary gland, it is made parallel to and along the undersurface of the lower jaw. The incision for the sublingual gland is in the mouth or in the skin just below the chin.

Does the doctor take out the whole gland?

Again it depends upon the gland and on the problem. Usually if cancer is present, the whole gland is taken out. If the parotid tumor is benign, and can be completely taken out, the rest of the gland will be left.

Is radiotherapy used in treating cancer of the salivary glands?

Sometimes radiation is used in this type of cancer. It may be given to persons who cannot be operated on or to reduce the size of the tumor. Sometimes it is used after the operation on a portion of the facial nerve.

Can the facial nerve be replaced?

Yes, it can. However, some return of facial nerve function has been seen in patients without a nerve graft. If the paralysis is due to the shock of the operation, the function usually returns within 6 to 8 weeks.

Will my hair be shaved for an operation on the parotid tumor?

Yes. Because of the location of the parotid gland, the hair around the ear must be shaved. Sometimes the hair is brushed up and back, if possible, or cut so that the top hair may be arranged to cover the ear when you are ready to go home.

Will I have to have special care after the operation?

You will probably be on a fluid diet for the first few days because it may be painful to chew solid foods. You may be given antibiotics in large doses to control infection. Special attention will be paid to your mouth and to your teeth.

Does this kind of cancer usually recur?

If the doctor removes one of the salivary glands, will I still have normal saliva production?