What are Prostate Cancer Diagnosis and Test Methods?

What are the symptoms of cancer of the prostate?

Symptoms which should not be ignored include a weak or interrupted flow of urine, inability to urinate or difficulty in starting urination, need to urinate frequently (especially at night), blood in the urine, urine flow that is not easily stopped, painful or burning urination, and continuing pain in the back, pelvis, or hips. These symptoms are often the same symptoms that indicate other prostatic problems such as BPH, but they are symptoms which should be checked by the doctor who can detect the difference between a cancerous and noncancerous enlargement of the prostate. 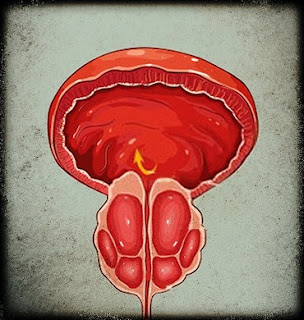 How does the doctor check the prostate?

The initial step is through a digital examination of the gland through the rectum. The doctor inserts a gloved finger into the rectum and feels the gland. It often can enlarge to the size of an orange. The doctor suspects a cancerous growth if the gland is stony and hard to the touch, rather than rubbery. If there is an enlargement of the prostate gland, the doctor will usually order urine and blood analyses and x-ray.

Do most prostate glands enlarge as a man gets older?

This happens to the majority of men, beginning in the 40s and increasing in each subsequent decade of life. The enlargement itself becomes a problem only if it produces serious side effects, obstructing the flow of urine, but it should be checked yearly by the doctor. Surgery is necessary only in those whose symptoms become acute or where cancer is present.

How is cancer of the prostate diagnosed?

The presence of cancer can be confirmed by the removal of a small piece of prostate tissue for microscopic examination. Often a needle biopsy is used. In other cases, biopsy can be obtained during surgical procedures required for dealing with complications caused by the enlargement of the prostate. Blood tests are also important in diagnosis, since prostatic cancer cells secrete a chemical substance known as prostatic acid phosphatase, which finds its way into the bloodstream. In a large percentage of patients with prostate cancer, the level of acid phosphatase rises above normal when the tumor tissue has spread outside the prostate. However, the acid phosphatase test alone is not a definitive test and must be used with other indicators to determine diagnosis. This is because the rise in acid phosphatase is sometimes seen in people who do not have cancer. And it is often not detectable in people who do have cancer of the prostate.

Are new tests being developed to routinely discover prostate cancer?

A major effort of the National Cancer Institute and the National Prostatic Cancer Project is to develop and refine sensitive chemical tests that will permit the use of prostatic acid phosphatase as a more precise tool. A new method is a simple test called immunoenzyme assay (IEA) which seems to be as reliable as the tests in use now and costs less. Two other tests under study are the solid phase fluorescent immunoassay (SPIF) and the counterimmunoelectrophoresis (CIEP). All of these tests are based on immune reactions of antibodies with a phosphatase enzyme. Scientists are continuing to isolate other biochemical changes, called markers, that are associated with cancer of the prostate.