What are the most common symptoms of head and neck cancer?

The most common early symptoms differ depending upon the site. A small ulcer in the mouth is one symptom. It may first appear somewhere on the tongue, around the tonsils, or along the edges of the upper and lower gums. It may look like a cold sore. It is usually painless and unlike a cold sore it does not heal by itself. Difficulty in swallowing, continued hoarseness, a sore throat that persists, neck swelling, and a lump on the side of the neck are all early symptoms which, if they last for more than 2 weeks, should be checked by a doctor. 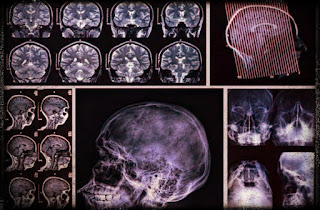 Cancers of the head and neck are those that affect any part of the oral cavity: lip, tongue, mouth, ear, and throat, as well as the sinuses and sometimes muscles in the neck and upper back. Reconstructive surgery is a recent blessing for those who have cancers in any of these areas, for defects in the various facial structures such as eyes, ears, nose, mouth, lips, cheek and neck can be minimized by the plastic surgeon. Since cancers of the head and neck are quite rare, and the problems individualized, it is crucial that, if there is to be extensive surgery, treatment be sought at a center where there is a well integrated team of maxillofacial specialists who can deliver the best possible techniques, management, and knowledge. Thyroid cancer is a highly curable form of cancer. It affects women more commonly than men and the majority of cases occur between the ages of 25 and 65. Treatment depends on cell type and stage of disease. Cancer of the larnyx can be cured if it is found early. One of the most common early symptoms is hoarseness that lasts for more than three weeks. Cancer of the esophagus is a treatable and sometimes curable cancer. It is relatively rare and is seen more often in black than in white men. It is usually treated by radiation alone or combined with surgery, with surgery and chemotherapy or with chemotherapy alone.

Questions to Ask Your Doctor Before Agreeing to Any Treatment


• Who will be performing surgery?
• Where will the incision be and what will the scar look like?
• How disfiguring will the surgerv be?
• What will I look like?
• Will I still be able to eat, talk, and swallow after the surgery?
• Can radiation or radium implant be used instead of the surgery?
• Will radiation or chemotherapy be used in addition to the surgery?
• What kind of reconstructive surgery can be done?
• How many operations will that entail?
• What are the effects?
• How long will it all take?
• Will it cure me?
• How expensive will it be?
• Who else will be on the treatment team?
• Can I talk with them before I have any operation?
• How many patients with head and neck cancer are you treating?

What kind of doctor should I see if I have symptoms of head and neck cancer?

The doctors who usually specialize in the treatment of head and neck cancer include otolaryngologists (EXT doctors who treat ear, nose, and throat, air tubes to the lung, and neck regions), plastic surgeons (who do operations involving skin grafts, facial injuries, and tendon and nerve repair), and some general surgeons. Depending upon the type of cancer, the oral surgeon, maxillofacial prosthodontist (who specializes in replacing lost facial features), speech therapist, radiotherapist, and medical oncologist are ideally part of the team.

Can I go to my local doctor for the treatment of head and neck cancer?

The treatment of head and neck cancer often requires a team approach. It is important that your treatment not be decided on by an individual specialist because the diagnosis, evaluation of the extent of the disease, choice of primary treatment, and effective rehabilitation require special talents that cross over conventional lines. There are several doctors who have special interest and training in the management of head and neck cancer problems the general surgeon, otorhinolaryngologist, plastic surgeon, oral surgeon, radiotherapist, and oncologist. The total care requires collaboration among these specialists as well as with the neurosurgeon, prosthodontist, speech therapist, and other allied health personnel.

Is the National Cancer Institute supporting any studies on head and neck cancer?

Yes. There are many clinical cooperative group studies being conducted by the National Cancer Institute on head and neck tumors. A variety of different trials, most of them involving radiation therapy or chemotherapy, either alone or in combination and either with or without surgery, as well as immunotherapy and neutron radiotherapy, are in progress.

What is head and neck cancer?

Cancer of the head and neck is a catchall phrase for an assortment of cancers which occur above the collarbone. It usually includes cancer in the ears, salivary glands, eye, upper airway and food passages, nose, paranasal sinuses, nasopharynx, lips, oral cavity, tongue, tonsils, pharynx, hypopharynx, larynx and cervical esophagus, neck, and thyroid and parathyroid glands.

What are the most common sites of head and neck cancer?

The most common sites of head and neck cancer (excluding the skin) are in the mouth (oral cavity), pharynx (throat), larynx (voice box), thyroid, and sinuses.