A new major study of over 10,000 women between the ages of 20 and 54 has found that birth control pills do not appear to increase a woman's chances of developing breast cancer, regardless of the type of pill she uses or whether the disease runs in her family. The researchers studied more than 30 forms of oral contraceptives and found no indication that they increased the chances of developing breast cancer even among women who had a previous experience of benign breast disease, had a history of breast cancer in their family or who started using the pill before their first pregnancy. The study involved 5,000 women who had been diagnosed with breast cancer for the first time and compared them with 5,000 women who did not have breast cancer. The women in the study had used contraceptives for up to 15 years. 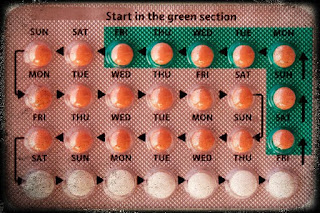 Do oral contraceptives offer protection against any types of cancer?

Some studies have shown that oral contraceptives appear to reduce the risks of cancer of the uterus and ovary. There was some indication in the new study that certain types of birth control pills actually provided a protective effect against breast cancer, but the findings were too small to be considered statistically significant, according to the researchers. It is clear that oral contraceptives will be studied for additional risks and benefits and for the effects of longterm use.