Does cancer of the penis ever occur?

What symptoms should alert a man to the possibility of cancer of the penis?

A pimple or sore, small nodule, white thickened patches, raised, velvety patch, wart or ulcer especially a painless ulcer are all suspicious symptoms. Bleeding associated with erection or intercourse, persistent abnormal erection without sexual desire, foul smelling discharge, or a lump in the groin should all be carefully investigated. 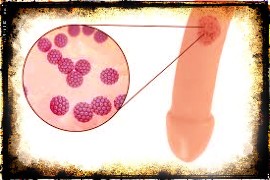 What is the usual treatment for cancer of the penis?

The usual treatment is surgery. Approximately 90 percent of patients with cancer of the penis, if it is found in the early stages, will be cured through the surgical removal of the tumor. If the cancer has spread to the groin, nodes in the groin will usually be removed. Chemotherapy and radiation therapy are also used in some cases.

What sexual problems can I expect as a result of surgery on the penis?

How can I have an active sex life if I am unable to have intercourse?

Your sex life will probably not be the same as before, but there are ways for you to have an active sex life and sexual enjoyment.

• Many men continue to be good lovers by using their hands or mouth to stimulate their partners.

• You may still be able to ejaculate with a non erect penis or may learn to experience orgasms in other ways.

• There are several prosthetic devices which can be inserted surgically in the penis to make intercourse possible.

How do prosthetic devices for the penis work?

There are several kinds of penile prostheses that may be implanted in the penis to make intercourse possible. The device is placed inside the corpora cavernosa, two structures within the penis resembling long balloons that normally fill with blood during an erection. The prosthetic devices are either inflatable or semi rigid. There are advantages and disadvantages to each type of prosthesis, which you will want to discuss with your doctor and your partner. The inflatable prosthesis gives a natural looking appearance. A pump placed in the scrotum allows the man to transfer fluid from a reservoir which is placed in the abdomen to two inflatable balloons that go in the penis. There are tubings from the pump to the reservoir and to the two inflatable balloons. When deflation is desired, he presses a valve on the side of the pump to release the fluid back into the reservoir. This type of prosthesis requires an extensive operation and, because it is mechanically complicated, some 40 to 50 percent of patients need to have it repaired at some time. Correction of problems require another operation. Another type of prosthesis is a semi-rigid device made of silicone. Although it is easier to insert and hardly ever malfunctions, it is less satisfactory because once it is inserted, the penis remains in the erect position. The penis can be placed either up against the abdominal wall, into the groin crease, or bent along the leg. A third type is the rubber rod prosthesis, which has more positions than the semi-rigid prosthesis and can be manually rotated. Your doctor will be able to advise you where you can get information about penile prostheses and may also be able to help you contact others who have had the operation.

What is the treatment for a metastasis that appears on the penis?