What are the first signs and early symptoms of liver cancer? - Medical Questions

What are the first signs and early symptoms of liver cancer?

What are the first signs and early symptoms of liver cancer?

What does the liver do?

The liver performs more complex functions than any other organ of the body except the brain. It breaks down wornout red blood cells and converts them into bile. It produces proteins essential to proper blood clotting. It regulates the level of many hormones. It stores sugar and regulates the amount which circulates in the blood. It controls the metabolism of cholesterol. It stores vitamins A, D, E, and K. In fact, the functions of the liver are so many and varied that it is almost impossible to test them all in the clinical laboratory. 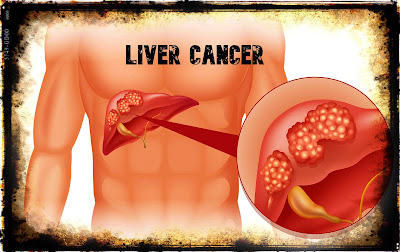 Where is the liver located?

It fills the upper right side ofthe diaphragm and is protected on both the right and left sides by the rib cage.

Can one function without a liver?

No, it is not possible to function without any liver. However, one can live normally with as little as 15 to 20 percent of the normal liver. The liver's powers ofrecuperation are truly amazing.

Can cysts on the liver be removed?

Yes, most cysts can be successfully removed.

Are all rumors of the liver cancerous?

Tumors of the liver may be malignant or benign. Cancer of the liver itself is rare in the United States; the cancer usually has started elsewhere in the body and spread to the liver. Benign tumors are usually small, produce no symptoms, and may be discovered only during the course of another operation. Such tumors are usually not removed. Suspected malignant cancer of the liver alerts the doctor to the possibility of cancer elsewhere in the body. Cancers of the lung, breast, or gastrointestinal system can spread to the liver.

Is cancer of the liver and cancer which has spread to the liver treated in the same way?

No. They are two very different problems. Cancer of the breast which has spread to the liver is treated in the same way as breast cancer with metastases would be treated. Liver cancer that is, cancer which has started in the liver and not metastasized there from some other organ is treated as liver cancer. Many people whose cancer has spread to the liver from some other place think they also have liver cancer. This is not true.

What first symptoms alert the doctor to the possibility of liver problems?

Vague discomfort in the upper abdomen on the right side, which becomes more acute with deep breathing, is one possible symptom. Sometimes an enlarged liver can be felt as a hard lump just below the rib cage on the right side. If the tumor is located under the diaphragm, pain can sometimes be felt around the right shoulder blade. Jaundice, which produces a yellowish look to the skin, may develop.

Will cirrhosis of the liver turn to cancer?

How is cancer of the liver diagnosed?

A needle biopsy is sometimes used to determine whether the liver is cancerous. A careful history and physical examination, radiography, endoscopy, angiography, tomograms, biochemical tests of the liver, liver scans all can be employed in making a diagnosis.

Will the doctor attempt to remove the primary growth if he finds metastases to the liver?

It depends on the location of the primary tumor and the condition of the patient. Extensive surgery may be too debilitating when metastases have spread to other parts of the body.

What treatment is possible if a cancer is found in the liver?

Ifcancer is confined to a segment or a lobe, surgical removal may be indicated.

What other forms of treatment may be recommended?

Regional chemotherapy that is, chemicals introduced directly into the arteries which are supplying the tumor is sometimes used successfully to deprive the tumor bearing area of oxygen and some of its nutrient supply. The chemotherapy may be put into a "pump" which is implanted in the body.