Why smoking tobacco is bad for your lungs and health? - Medical Questions

Why smoking tobacco is bad for your lungs and health?

Why smoking tobacco is bad for your lungs and health?

I know smoking tobacco is bad for my lungs and health, but why is smoking bad for my heart?

There are two especially harmful substances inhaled while smoking. The first is nicotine, the addictive ingredient in cigarettes. When it enters the bloodstream it increases the heart rate, causing the heart to work harder and increasing the need for oxygen in all the cells of the body. Research suggests that nicotine contributes to arrhythmias (irregular heartbeats). Smokers’ risk of sudden cardiac death is about three times that of nonsmokers’. Nicotine is blamed for elevations in blood pressure while the cigarette is being smoked, which means that a moderate smoker might cause his or her blood vessels to constrict and relax at a rate twenty or so times higher than usual a day. Researchers don’t know exactly how this affects the body over time, but they suspect it is damaging. They do know that when people already have high blood pressure, smoking makes it more difficult to control. 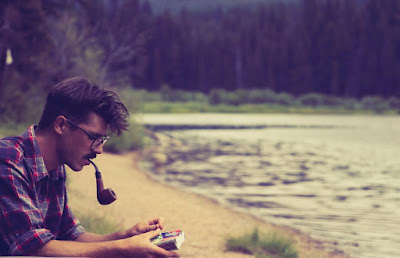 The second harmful substance is carbon monoxide. Hemoglobin in the blood picks up and delivers oxygen to cells; however, when carbon monoxide is present, it picks up the carbon monoxide instead. The cells are unable to utilize it, and they become oxygen deficient, signaling the heart to work harder to deliver more oxygen. Add this complication to a heart that is already speeded up by nicotine, and you get a worrisome picture. Some researchers believe that carbon monoxide is the element of smoking most likely to cause coronary heart disease. Carbon monoxide is such an enemy of oxygen that if you breathe air high in carbon monoxide for more than a few minutes, you may die. (It is carbon monoxide that kills people who turn on their car engines in a closed garage and sit in the car, breathing that air.)

Atherosclerosis, or the narrowing of arteries due to plaque deposits on artery walls, is considered to be the underlying condition causing coronary heart disease. And smoking, in addition to the other risks it poses for the heart, contributes to atherosclerosis.

Atherosclerotic narrowing of the coronary arteries occurs more often, and more seriously, in smokers than in nonsmokers. And peripheral vascular disease, where the major blood vessels of the arms and legs become narrowed due to atherosclerosis (reducing circulation in the extremities, and sometimes requiring amputation of limbs), is a smokers’ disease, occurring infrequently in nonsmokers.

Smoking encourages atherosclerosis in at least two ways. First, it has been shown to lower HDL levels in the blood. HDL, remember, is the “good” cholesterol that helps to carry off fatty wastes to be excreted, as opposed to LDL, the “bad” cholesterol that contributes to plaque formation. Our object should be to raise the HDL level and lower the LDL level. Second, smoking elevates the levels of fibrinogen, a protein, in the blood. High levels of fibrinogen cause the blood to clot more quickly (even when it shouldn’t) and can cause clots that adhere to plaque or even obstruct already narrowed blood vessels. A high fibrinogen level is a known risk factor for heart attack and stroke. Smoking causes “sticky blood,” or clumping of the platelets, very small particles in the blood that play a key role in blood clotting, and this can lead to clogging of the arteries.

Smoking tobacco increases the risk of blood vessel spasm, which can be highly damaging or fatal if it occurs in a coronary artery and lasts long enough to cause a heart attack. Smoking can cause hemorrhage (bleeding) in blood vessels. Smoking is known to be a major risk factor for strokes caused by hemorrhage (about 15 percent of strokes). Since smoking is a major cause of lung disease and lung cancer, smokers with heart disease are at greatly increased risk for pulmonary complications, which further damage the heart. Women who smoke and who also take birth control pills multiply their risk of heart disease. And within cigarette smoke itself there are hundreds of compounds, including cyanide, that interfere with the normal life cycle of cells.