What does it mean when your bleeding but not on your period? - Medical Questions

What does it mean when your bleeding but not on your period?

What does it mean when your bleeding but not on your period?

Monthly bleeding is a normal function in women. This bleeding comes from the uterus (womb), which periodically discharges portions of its lining. The regularity and the amount of the bleeding are controlled by many factors, but predominately by the ovaries and pituitary gland. Clots can be part of the regular menstrual flow. Menstruation usually stops in the late forties or early fifties. Normally there is no bleeding between periods and with sexual contact.

Many women have premenstrual tension and abdominal cramps with menstruation. Constipation and the character of the stool evacuation are not related to the function of the uterus. A white or mucoid vaginal discharge is often a symptom of a vaginal infection. The dribbling of urine with coughing or straining is indicative of relaxation and stretching of the supportive muscles in this area.

Excessive bleeding can be part of an emotional strain and can be due to hormone imbalance, to tumors, or to the termination of a pregnancy. The diagnosis is inferred from what the patient tells the doctor, who then determines the cause by pelvic examination. The treatment of excessive uterine bleeding is a common surgical procedure. 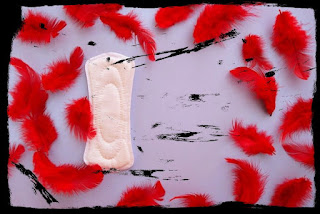 Is this abnormal bleeding, or is this just a specially heavy normal period?

Since this bleeding has come at the regular time and lasts only a few days longer than usual, it is just a somewhat different period. But the doctor cannot be absolutely certain on one visit. If the examination is normal, wait and see. If you have no bleeding between periods and if the same thing doesn't appear next time, simply label it as functional bleeding bleeding, that is, without an obvious cause that requires correction.

Suppose I tell you that this heavy, prolonged bleeding at the time of menstruation has been going on for six months. It now lasts almost ten days whereas before it lasted only five.

A D&C is required to solve the diagnostic problem and concomitantly frequently cures functional bleeding.

The letters mean dilation and curettage. You have heard it referred to as a scraping. This operative procedure is best done in the hospital, usually on an overnight stay. The entire inner lining of the womb is removed through the vaginal channel; no incision is made. The scraped tissue often contains little polyps or areas of exuberant overgrowth that have caused the excessive bleeding. The tissue that is removed is sent for microscopic examination. This biopsy report will establish the diagnosis. No one can tell from a subsequent examination whether or not you've had this procedure performed.


Can this functional bleeding occur again?

It can. But usually the D&C, even in that circumstance,eliminates the bleeding. If the bleeding recurs, it is necessary to investigate whether it is due to something else.

Any surgical procedure can have complications, but infection, bleeding and abdominal injury are unusual if the good risk patient is treated in a hospital by a qualified surgeon.


Will the D&C tell me if I have cancer?

The tissues removed from the uterus, as well as all the tissues taken from the neck of the womb, are examined for this possibility. The answer, therefore, is yes.

I have occasional vaginal spotting, passing small amounts of blood between periods.

The examination for this symptom concentrates on the neck of the womb, where inflammation and small abrasions can cause bleeding. Sometimes a D&C is also required for the correct diagnosis and treatment of this symptom.

What is the internal examination? I've never really understood what it is all about. All I know is that I assume the legs up and spread out position and in a few minutes you tell me something.What do you actually do?

Initially an instrument (vaginal speculum) is inserted, through which the doctor is able to look at the vagina and mouth of the uterus. After this speculum is removed, his vaginal examination palpates the size, shape and consistency of the uterus and of the tubes and ovaries. In addition, the pelvis can be checked for other abnormalities. By having you strain down in various ways, the doctor can evaluate the strength of the supporting muscles of the bladder, vagina and rectum. This is the gynecological examination. The physician knows what is going on by changes or absence of changes in the organs that are accessible to palpation and direct visualization.


What is a fibroid tumor of the uterus?

A fibroid tumor is an overgrowth of the muscle of the uterus. The uterus is obviously a very muscular organ, since its forceful contractions propel the child into the world. This overgrowth usually forms circular lumps of varying size, from a pea to a grapefruit, that lie in the wall of the womb. They are usually multiple.


What is the effect of having a fibroid growth?

This depends on the size and position of the growth. Some fibroids cause no symptoms at all. Others distort the uterus and interfere with maintaining a pregnancy. Still others can be the source of painful menstruation, excessive bleeding or difficulty in urination.


Is surgery required for all fibroid growths?

No. Many fibroid tumors can simply be observed and checked at periodic intervals in regard to size and position.


When is surgery required?

It is done for otherwise uncontrolled, excessive bleeding or pressure symptoms or because the growths become too big. Sometimes the operation is done in an effort to improve the ability to initiate or to maintain a pregnancy.


What is a hysterectomy; is it necessary for fibroids?

Obviously a patient aged twenty five with no children is managed differently from a fifty year old woman with grandchildren. In the younger woman every effort is made to avoid a hysterectomy; if surgery is necessary, it should be minimal, just enough to achieve the purpose and to maintain the possibility of subsequent pregnancy.


What is a complete "cleanout"?

This term is used to signify the removal of the entire uterus as well as both Fallopian tubes and both ovaries.


What happens to me after that?

Well, for one thing, you can't get pregnant. It will remove the source of excessive bleeding and pressure in the area but brings about an abrupt menopause. These symptoms, especially the hot flashes, are controlled by medication.

Not in a way that anybody can tell. Your sex life is unimpaired and may actually be improved, since you are free of the problems of pregnancy precautions. There is no impairment of any sexual function.


Can the operation be done so that the scar won't be seen?

This can often be accomplished. The incision may be placed in the line of the pubic hair and be concealed there, or there may be no abdominal incision, for it is sometimes possible to perform the operation through the vagina.


Will people be able to tell that I've had a hysterectomy?

Not unless you tell them.


Does the operation affect my breasts in any way? Will they become flabby?

No breast changes result from a hysterectomy.


Can you take out my appendix and gallbladder at the same time?

Sometimes. This depends on where the appendix is and on the nature of the hysterectomy. The gallbladder, of course, should not be removed unless it is diseased. Since the gallbladder lies under the ribs on the right side and the operation is done in the middle of the abdomen, just above the pelvis, it is not always possible or advisable to do both through the same incision. Each case has to be corrected individually.

I find that I'm urinating very frequently. Will this be corrected by the hysterectomy?

This symptom can be unrelated to any fibroid growth and may have one of several causes. If it is due to relaxati6n of the muscles about the bladder, then it requires a different type of operation from that for removal of the uterus. That operation is often referred to as a vaginal plastic. Often both can be done at the same time.


Suppose the D&C shows a cancer of the uterus. What then?

We will know that only by the report of the pathologist. The information comes back 24-48 hours after the operation. A cancer diagnosed in this way can be managed by inserting radium into the uterus and performing a hysterectomy several weeks later.


How long will I be hospitalized for the pelvic surgery? When can I resume sexual activity?

The average stay for the uncomplicated hysterectomy is about seven days after the operation. Sexual relations can be initiated as soon as the incision heals properly.