The transfer of organs or tissues from one individual to another often represents the sole possibility for survival of the recipient. The effectiveness of a transplant has been less dependent on surgical technique than on the quality of the donated organ and the biological reaction that it produces in the host.

Each of us is a separate, distinct individual, and we don't permanently accept the tissue of others. In the evolution of concepts in transplantation doctors soon discovered that if a piece of skin from one individual was transferred to another person, it stayed viable for only a few days and then disintegrated a process called rejection. It is rather remarkable that in each of so many millions of people there can still be this absolute biologic specificity. It is this same reaction to foreign tissues that helps resist bacterial infection. 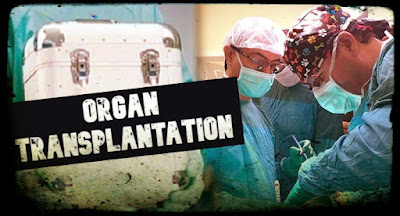 Organ transplants are used only when they are required for survival (i.e., the kidney). In the latter regard what a great achievement it would be to replace a lost limb, the voice with a transplanted larynx, or an entire eye. The limitations of transplant surgery are in the availability of organs and in the nature of the immune response of the recipient. A great deal is still to be learned about those factors in human biology and immunology that will selectively decrease recipient response without damaging the remainder of the body economy.

In the foreseeable future the practical application of transplant procedures to the public at large will necessarily remain very limited. Grater advancements will almost certainly be made in the fields of preventive aspects of diseases, in artificial organ replacements, and in artificial support systems for failing organs as a substitute for transplantation techniques. Improved methods for the preservation of donated organs are also in the near future. No one can predict the future of transplantation as a therapeutic modality, but there is little doubt that we will learn a great deal about human biology that may also be applicable to other areas, especially to the understanding of cancer.


What about using organs from animals?

It now is not possible to transfer organs from other species to humans. The organ is invariably rejected. However, some animal supportive type tissues can be used to achieve the effect of a temporary scaffolding. But the tissues do not remain. They serve only as temporary struts until the individual's own tissues take over.


Where do the donor organs come from?

They may come from cadavers, who are usually accident victims, or from people dying during cardiac surgery, or from individuals with brain diseases. One of a pair of live organs can be donated by a friend or a member of the family.


How does one obtain these organs?

The method of obtaining organs can be a complicated business. It involves defining the time of death precisely so that organs are not removed from individuals still alive, though dying. An absolute, legally binding consent must be obtained from the closest relative of the donor as well as from the recipient. Transplantation centers handle such procedures. The recipient is usually in a transplant program waiting for a suitable organ to become available.


How does such an individual get to be considered for a transplant?

Each transplant center has its own criteria. The basic consideration is that the recipient cannot long survive by any other means than that of a transplant. He must be in an age group and of such general condition that will allow the procedure to be carried out with a reasonable expectation of success.


In what areas can organ transplantation be considered practical?

Tissue transplantation is practical and well established with reference to the cornea of the eye and to certain arteries. At this time the kidney is the only organ that can be routinely transplanted with any anticipation of success.

In what areas is organ transplantation not applicable to the general public?

The brain, stomach, intestine, larynx, limbs, thyroid, spleen and adrenal are not considered transplantable at this time. The lung, the liver and the pancreas have been transplanted, but the results have been poor and the complications at this time are too many for such operations to be undertaken on a broad basis.

What measures are employed to protect the transplanted organ from rejection?

The patient is given drugs to diminish the immunity response. These drugs carry side reactions that have a dangerous potential. Steroids can cause intestinal bleeding; other drugs can have a deleterious effect on the blood. The serum of animals injected with human cells, antilymphocyte serum, offers additional help in suppressing any rejection reaction. Radiation is also employed. Understandably, every effort is made to obtain a truly healthy organ that matches well with the host and that has been exposed to a minimum "dead time."


How can organs be preserved and evaluated for transplant?

The organs are typed in a manner analogous to blood typing. They should be removed as soon after death as possible and be maintained by cooling under conditions of high oxygenation to prevent deterioration. Special chambers are available for such preservation.


How are patients prepared for kidney transplant?

These patients are usually in a dialysis program until a suitable organ becomes available. Dialysis employs a mechanical apparatus that takes blood from one blood vessel, extracts certain components in a special system of coils, and then returns it to another vessel. This must be done two or three times a week.

There are medical, psychiatric and social problems associated with prolonged dialysis. The magnitude and number of problems increase with time. Hence patients are accepted into a dialysis program only in the expectation that they will get the transplant.


Organ Donation and Transplantation: How Does it Work?


What are the results with kidney transplantation?

Transplantation is not a panacea for kidney disease. The concomitant medications, the complications of the procedure and of the new organ give the patient another potential disease. However, renal transplants in 90 percent of identical twins do well for at least two years. For a similar period, transplantations between donor relatives are satisfactory about 75 percent of the time. With unrelated donors about one half of the patients get along, at least initially. The other half may exhibit rejection or complications and lose the function of the transplanted kidney. These individuals may then go back on dialysis until such time as a second suitable kidney becomes available. Repeated kidney transplant operations are not uncommon.
Further advances in transplantation depend upon the control of the immunologic factors that influence the reaction between donor and host.